Embracing phygital | From E-commerce to V-commerce

Not so long ago, VR sets were the pinnacle of virtual technology for the average consumer. Then came Covid and humanity entered the era of  self-confinement, social anxiety and utter boredom. The pandemic has precipitated the rise of virtual experiences, the craving for tailored end-user products and ultimately the downfall of brick and mortar as we knew it. Bridging the gap between physical and digital, Phygital (also known as Hyper-reality) is the new playground for retailers and the hospitality sector.

The first computer-generated 2D images were introduced on-screen in 1958 for the thrilling Alfred Hitchcock’s Vertigo teaser. In 1993, Stephen Spielberg and George Lucas brought us an incredibly realistic CGI experience starring dinosaurs. Beyond 2000, CGI accelerated at an exponential rate and is now fully part of the film industry, but not only. Computer-generated images are now absolutely everywhere, from the latest iPhone advertising to Fashion Week. The retail landscape is morphing and new consumer behaviours are calling for an innovative strategic approach. The dawn of phygital retail and V-commerce is here.

Before we dive in, grasping the core differences between augmented reality, virtual reality and mixed reality is fundamental. According to the Franklin Institute, each category could be described as follows:

Finally, you might have come across the term Extended reality (XR). This umbrella term covers all of the various technologies that enhance our senses, whether they’re providing additional information about the actual world or creating totally unreal, simulated worlds for us to experience. It includes Virtual Reality (VR), Augmented Reality (AR) and Mixed Reality (MR) technologies.

A new cult is rising - the digital world is here and we are no longer bound by physical space. With an increase in demand for stimulation, the line between the physical and digital is being blurred. From leisure and restaurants to fashion and retail, technology is driving experiences to make them more immersive, engaging and emotive. The Foresight Forum

Models and physical products are on the verge of becoming obsolete. An entire apparel and accessory collection can be rendered in CGI then used for campaigns and pack shots down the line. Fashion labels now have the ability and agility to engineer their ideal model, body proportions, attitude and catwalk swag. This is a true revolution for the manufacturing process. CGI products are advertised on social media to generate pre-orders and the physical products will only reach the factory production line once the consumers purchased them. No overstock, no waste, no casting, no moody models and no shoot locations. This is a particularly relevant approach for tech-savvy small business that are looking at launching a new product to the market quickly and effectively.

—
Although Hanifa's first virtual fashion show gained strong momentum, The Fabricant is the digital-only fashion house that led the way.

In their own words, The Fabricant is 'a company of creative technologists who envision a future where fashion transcends the physical body, and our digital identities permeate daily life to become the new reality'. The digital-only clothing platform has a number of collaborations under its belt, including virtual experiences for Tommy Hilfiger, Puma, Aape, Napapijri and Central Saint Martin.

We couldn't discuss phygital without mentioning the gaming industry. Here comes the phygital sneaker designed by an AI (artificial intelligence) and that evolves with online bids. On the verge of mind-blowing, the unique X Evolution concept was developed by RTFKT, a collective of phygital creators.

The first-ever evolutive digital sneaker is not just a physical sneaker. It is also a digital iteration that can be worn as an avatar in Sandbox and a version for an AR try-on experience on Snapchat. The auction took place on RTFKT's MetaGrail platform and was sold via blockchain currency. If you’re not familiar with the term, Sandbox describes a video game (or part of a video game) in which the player is not constrained to achieving specific goals and has a large degree of freedom to explore, interact with, or modify the game environment. Think Grand Theft Auto, Minecraft or The Sims. Product placement in video games is nothing new, however, avatar personalisation with phygital retail goods unleashes incredible marketing opportunities and can already be seen with the recent demand and high price tags for Non Fungible Tokens [NFT's) in 2021 .

Some might see it as a charmless experience promoting a devoid of humanity. Some might challenge the delay associated with the pre-order model amidst a next-day delivery society. Will the post-Covid consumer be hedonist or minimalist? It is too early to say and while uncertainty is blurring the horizon, phygital experiences are leading the way to a new sustainable future. 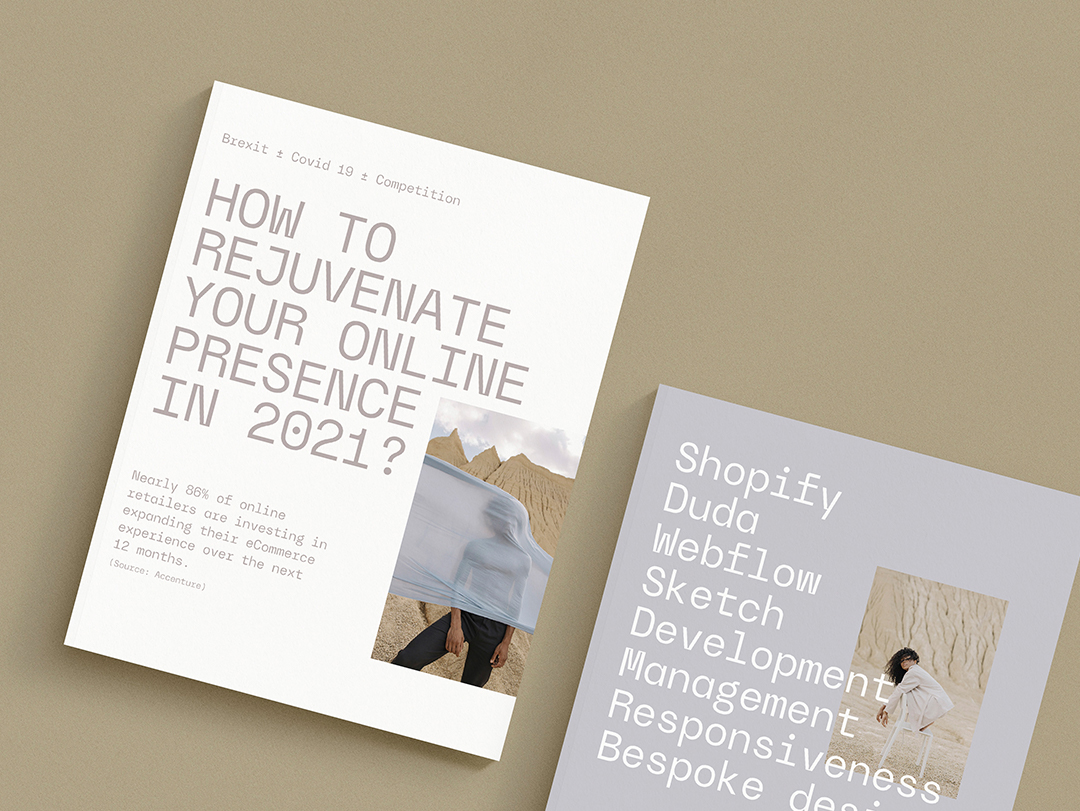 2021: Is it time to rejuvenate your online presence?